The local chip shop has been selling Greek-style chicken and donner kebabs for a few weeks now, as a sideline. My first ever chicken kebab, a week after they started, was utterly wonderful; a shame I only had 3/4 of it after sharing with daughter 2 and some of my meat with my mother-in-law. 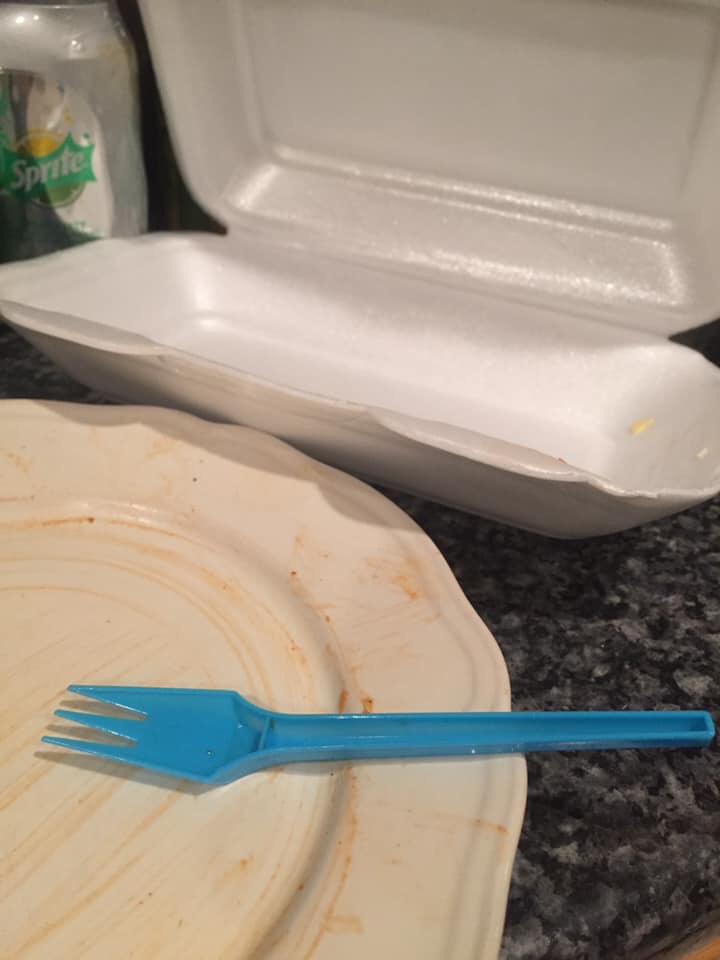 About 4 weeks ago I had my second, a donner, again with salad, fluffy flatbread and sweet chilli sauce. Not as good as the chicken though, it has to be said.

Today, after a too-long hiatus, I had another donner kebab (the chicken had sold out.)

Now, it’s been suggested that eating a kebab from a tray with a blue plastic fork is ‘wrong’, that eating one on a plate with metal cutlery is also ‘wrong.’ So today I took a saner man’s suggestion and upped my game by eating it on a big plate with the shiny cutlery, crucially whilst wearing a (quilted) smoking jacket and toting a pipe.

Er… ok, I don’t have a smoking jacket or a tobacco pipe, so made do with this bubble wrap and a yellow Kazoo!

Scroll Up
This verification link proves content I post at Mastodon is from me. I am @bazbt3@Appdot.net.